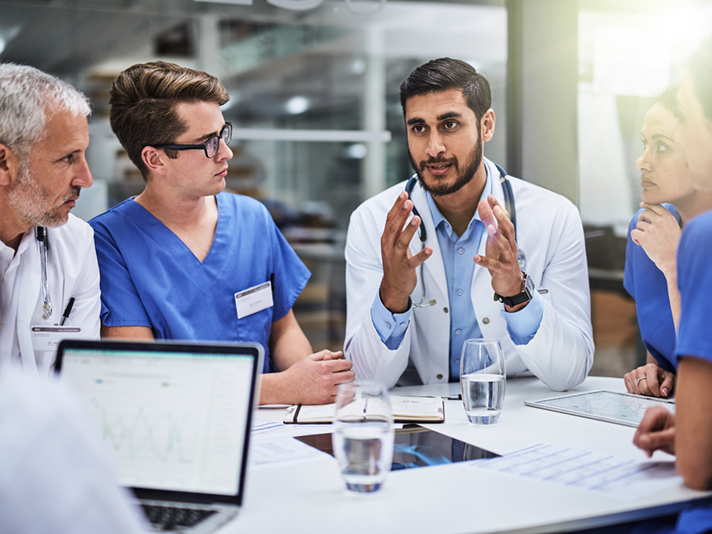 Sepsis has been at the forefront of clinical topics discussed in the world of critical care for the last twenty years. During this time, we have seen novel therapies, such as activated protein C (APC), old therapies, such as corticosteroids, and clinical strategies, which include early, goal-directed therapy. They each come with great excitement, only to fade away under the weight of clinical trials failing to show their promised benefits. Despite these misses, we have seen improvements in the overall mortality for patients with severe sepsis and septic shock. Perhaps most importantly, we have recognized that the consistent and timely application of simple interventions can have an enormous impact on such a complex disease as sepsis. Furthermore, the focus on sepsis has trespassed the walls of the ICU and has permeated the worlds of our hospitalist and emergency medicine colleagues as well. Over the last two years, increased focus on sepsis has been driven by the introduction of the Center for Medicare and Medicaid Services (CMS) severe sepsis and septic shock early management bundle (SEP-1). Today, every Sound Physicians clinical program (emergency medicine, critical care, hospital medicine and transitional care) is being asked by hospital partners to participate in improving sepsis care in their practice. But why do we keep talking about improving sepsis care repeatedly, year after year? Probably because sepsis is a major problem in healthcare, and it happens to be a very difficult disease to conquer.

Just how bad is sepsis?

Sepsis is the most expensive disease treated in U.S. hospitals, costing payers over $20 billion per year. In addition to being a costly disease, it is the principal cause of death in hospitalized patients – causing 37% to 55% of all hospital deaths. We are now also recognizing that sepsis is a significant cause of long-term cognitive and functional impairment in patients discharged from ICUs and hospitals. These staggering numbers and sober facts make it clear why, as an acute care organization, improving sepsis care should be front and center in our efforts to create value for the patients and communities we serve.

Defining sepsis proves to be an ongoing challenge

Improving sepsis care is difficult, primarily because sepsis is a complex disease. Sepsis is defined as a life-threatening organ dysfunction caused by a dysregulated host response to infection. We still have an incomplete and evolving understanding of sepsis and the underlying mechanisms that drive it. This has led to imperfect definitions and clinical criteria, causing significant confusion among clinical providers. Sepsis is a syndrome, a constellation of nonspecific clinical findings that can also occur with other diseases. Unlike other medical emergencies such as acute myocardial infarction, stroke and trauma, sepsis does not have specific clinical findings, precise diagnostic tests or clear historical events that enable clinicians to make an early and definitive diagnosis. This is a challenge when trying to implement time-sensitive interventions. After more than thirty years of clinical trials, enrolling thousands of patients and spending millions of dollars, we have yet to find a successful novel and specific therapy aimed at treating sepsis.

A promising future for sepsis management

Despite all these challenges, there is hope. Real hope to make a difference for our patients. Performance improvement programs that focus on implementing simple bundles for the early care of patients with sepsis have been shown to improve mortality. We have evolved from the art and science of medicine to the engineering of medicine. We now understand the importance of designing our clinical processes to ensure that every patient receives the right treatment at the right time every single time. For sepsis, this would mean early recognition with early appropriate antibiotics and early fluid resuscitation. This doesn’t sound too hard, yet it is. Because of the reasons discussed above and, perhaps more importantly, because effective sepsis management requires clinical behaviors to change across different areas and specialties, hospitals find it difficult to make these changes stick with their teams. A study in the New England Journal of Medicine published this week, May 21, 2017, concludes that rapid completion of a 3-hour bundle of sepsis care and rapid administration of antibiotics – without completing initial bolus of IV fluids – resulted in lower risk-adjusted in-hospital mortality. This study, conducted in emergency departments, was mandated by the state of New York. It has some limitations that introduce bias; however, the ‘speed to treatment’ does point to the need to develop workflows and processes that remove barriers and variation and enable treatment to begin as early as possible.

Every provider is responsible for improving sepsis management

Clinicians have the opportunity not only be healers but also leaders and innovators in their hospitals. I would like to appeal to the latter two as key drivers in our efforts to move the needle on sepsis. Leaders understand that any clinical performance improvement effort begins with changing themselves. What are the key attributes physicians and advance practice providers must nurture as an agent of change? I believe there are three that stand out – willingness, humility, and perseverance. We must have the willingness to assume responsibility for poor patient outcomes, as well as physician and burn out. We must be willing to make a difference, even if the task seems too big. Perhaps most importantly, we must be willing to make personal changes, especially in the way we interact with others as we move forward and try to improve sepsis care. We must develop true humility. The humility to accept that we need to improve. Great leaders know they don’t have all the answers. We must have the humility to understand that every person on the team has something to teach us. Humility is essential for leading complex change in clinical areas where many think they are “experts”. We must persevere. Great ideas are just ideas unless we have the perseverance to see them through and make sure they ultimately change our clinical processes. Changing clinical behavior is a difficult, uphill battle. We should nurture our ability to persevere, despite obstacles and bad days. Perseverance is key in becoming better and becoming is far more valuable than being. Finally, we must innovate. First, start by examining process innovation over seeking capital resources to solve the problem. Too commonly in health care the first answer to a problem is to try to secure more resources. I believe that there are better solutions for sepsis but it requires that we innovate by thinking out-of-the-box. We must break down silos and tightly weave collaboration between our emergency medicine, critical care, hospital medicine and transitional care teams who are managing care throughout the patient journey. We must relentlessly pursue the ultimate innovation in managing sepsis, which is simple, easy to reproduce, removes variance and demonstrates consistent results. To achieve great things, we need to start by thinking small. What are the small changes in our clinical practice that, when implemented, consistently will result in large improvements in patient outcomes? That is the bulls-eye!